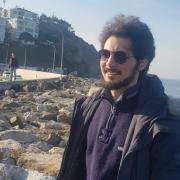 Coder with passion for bioinformatics and health informatics.

Because of the nature of a bioinformatics field, you are going to need to understand several concepts in the field of “Computer Science”. Particularly, you will need to organize your workspaces in the best way you can so that you can be more efficient in your work. The word environment which is also known as workspace, can have different meanings. However, in order to get rid of confusion assume that environment means virtual-environment, but then again, what is a virtual-environment?

In order to understand virtual-environments, lets make a simple analogy. Think about how you organize your own files in Microsoft Windows or any other operating system(OS). For example, you naturally make effort to keep the documents related to your master thesis or PhD research in separate folders. In such case you are actually creating a kind of virtual environments or workspace to prevent confusion that you may face later on. Similarly, so called virtual-environments help you to keep your software or packages(ie. R or Python packages) in different environments so that any compatibility issues can be avoided. But why actually it is necessary to keep them separately? To answer this question you first need to understand package-managers.

Typically, when you want to install some software into your computer with Windows OS, there are some common steps that you follow. For example, first you obtain it from some source such as a USB flash drive that you got from your friend or an online web-page where you have downloaded it. Here, by it, I mean the installation file(or files) that represent your software and usually has file extension of .exe aka executable. Next, you open(or execute) the .exe file and so called installation wizard window pops up that interactively guides your installation process. This installation wizards is actually functionally very similar to a package manager but not they are not the same. What I mean here by saying “not the same”? Well, explaining it would go beyond the scope of this guide. But in order to give you an idea, just know that any software, package or even some piece of programming code, always depends on something else within your system. Similarly, rarely any software can function completely independent of some dependencies, which are actually other software, libraries, programs, etc. Rather most of the time when you install some software like “Microsoft Office” you automatically install many other different programs that are necessary in order to make your desired software to work properly. Usually all of these dependencies issues are handled by so called package-managers.

Package-managers actually handle not only all of the software dependency issues, but also check your software-hardware or software-software compatibility, let you update or downgrade your software to new or older version, delete it safely from your system, report you if any installation problem occurs, keep all the error logs, etc. Basically without them world would be in a terrible chaos and even though they will eventually make you cry a lot, you should love package-managers without conditions. Also package-managers are universal and all operating systems have at some kind of package-manager. However, usually package mangers do not have a user interface with buttons, text-boxes, etc. like in Windows OS and most of the time only available interface is a command-line interface(aka terminal in linux). However, this fact should not stress you because at the first glance command-line interface seems disgusting, but later it become irreplaceable. I will not discuss details of command-lines interfaces here because they require a separate tutorial. However, I would like to point out that despite the fact that both Windows and Linux OS have command-line interface, functionally latter one is way more powerful than the first one.

Now that you have better idea about package-manager we can answer to original question about what is a virtual-environment. Well say that you need to install some latest version tools for your research but you also need to install same tools but older versions. Now you have a problem because basic package manager will not let you install both at the same time since different versions of same packages cause compatibility problems. As a solution you can use power of virtual-environments because each virtual-environment is actually a separate workspace that never interact with other virtual-environments. This is very useful feature and let’s you to use different tools/software/packages without damaging your operating system and without need for second computer.

Now that you have better idea about package-managers and virtual-environments lets understand what is a repository(aka repo).

For users of Microsoft Windows operating system concept of repository seems distant. However, easiest(but not very accurate) way to understand idea of repository, is to pick up your smart-phone and try to install any application. You naturally will open Google Play to download and install applications for Android. Similarly, if you have iPhone you will open Apple AppStore to find, download and install your application. Both Google Play and AppStore are actually kind of repositories. Both check if your smartphone device support the applications, download tool and then install it. The main difference is that both Google Play and AppStore are universal and any application that is not registered in either Google Play and AppStore are typically considered as potentially dangerous and not recommended by the vendors. This software installation approach is very different to users of Windows OS. Typically, to install some software to Windows OS you need to manually find and download or buy software, and then install it. This is actually main reason why Windows OS has so many malware like viruses, Trojans or similar. When you use repository it is up to you whether you trust it or not. However, most popular or official repositories can be trusted because they are constantly verified by community members.

The power of Conda

From this point and on, I will only focus on using conda package-manager to configure and setup up your workspace.